I Brought Essien Down For Not Fulfilling His Promise – Spiritualist Alleges 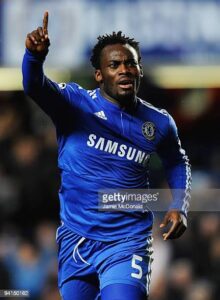 I Brought Essien Down For Not Fulfilling His Promise – Spiritualist Alleges

A spiritualist has alleged that he caused the downfall of former Chelsea and Ghanaian International, Michael Essien.

The self-acclaimed spiritualist in an interview with Arnold Mensah Elavanyo on Vibes in 5, noted that the skilful midfielder promised him a house.

He, however, stated that Essien started facing tough times in his career after he failed to fulfil his promise to him.

According to the spiritualist, he manages about fifty other Ghanaian footballers who are currently working abroad.

He noted that he has hand in the demise of some players who have refused to value his services.

The spiritualist said, “I manage about 50 Ghanaian footballers, some of whom are currently working abroad.

“However, I was responsible for the demise of the players who did not value my services.

YOU MAY ALSO LIKE:   #ENDSARS: A WAKEUP CALL FOR NIGERIAN MEDIA (THE FOURTH ESTATE OR FOURTH POWER OF THE REALM)

“Essien promised to buy me a house in Accra if I helped him advance in his football career.

“He didn’t keep his promise, so I brought him down.”

Michael Essien during his journey as a footballer played for the likes of Chelsea, Real Madrid and AC Milan.

Previous Just In: CAN Commends Senate Over U-Turn On Electronic Voting, Transmission
Next You Can’t Win 2023 Presidency With A Northern Candidate – Momodu Tells PDP