Home / cover / Just In: CAN Commends Senate Over U-Turn On Electronic Voting, Transmission

Just In: CAN Commends Senate Over U-Turn On Electronic Voting, Transmission 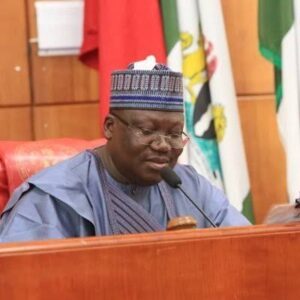 Just In: CAN Commends Senate Over U-Turn On Electronic Voting, Transmission

The Christian Association of Nigeria (CAN) has commended the Senate for its decision on the recommendation of electronic voting and transmission in the forthcoming general elections in the country.

The Senate has revoked its decision on some clauses in the Electoral Amendment Bill that was passed sometime in July 2021.

The Upper Chamber of the National Assembly specifically reviewed clause 52 of the act which deals with the methods of voting and collation of results in an election.

In its review, the Senate amended the clause to let the electoral umpire, Independent National Electoral Commission (INEC), determine the use of electronic voting and transfer of results.

In September 2021, the House of Representatives assigned seven members to work with the upper chamber of the National Assembly on the Electoral Act amendment bill.

YOU MAY ALSO LIKE:   PDP crisis: Wike Denies Being Aware Of Atiku’s 2023 Presidential ambition

The legislators from the two chambers will work on the bill to harmonize the details, provide a clean copy and get it ready for Presidential assent.

Subsequently, the Senate revoked the adoption of the process for the 2023 election and CAN leadership is commending the Senate for being sensitive to the yearnings and aspirations of the people.

YOU MAY ALSO LIKE:   ICPC Academy Provost, professor Akinrinade joins Akin Fadeyi Foundation Board of Trustees

“That is the beauty of democracy. The more the government does this, the better for our nation,” CAN acknowledged in a statement made available to Naija News on Thursday, October 14 through its General Secretary, Barr. Joseph Bade Daramola.

CAN called on the House of Representatives to follow this path of honour by rescinding its own decision too and we also advise President Muhammadu Buhari to do the needful by signing the amendment Bill to the law as soon as he receives it.

“We, however, call on the two chambers to let political parties decide how their candidates will emerge instead of imposing Direct Primaries on them.

“We appeal to INEC, the Federal government, the security agencies, political parties and the Non-Governmental Organisations to work together to ensure credible, free and fair polls in the country. The situation where courts decide those occupying our political offices is totally unacceptable, reprehensible and disheartening. If by now our democracy is still a baby, Nigeria would not be regarded as a serious country in the comity of nations,” the statement added.

Tags Just In: CAN Commends Senate Over U-Turn On Electronic Voting Transmission