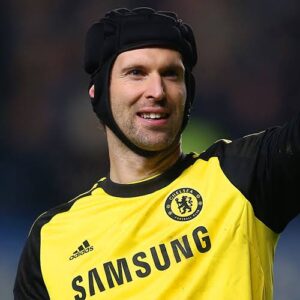 Cech’s resignation from working with the Blues is coming just a few weeks after Todd Boehly took over as the new owner of Chelsea.

The 40-year-old had joined Chelsea technical team three years ago to provide advice and guidance on all football and performance matters at Stamford Bridge.

Before his retirement from playing footballer, Cech made 333 appearances in goal for the English Premier League club.

Speaking about his decision, Cech said he felt now was the right time for him to step aside, adding that he is pleased the club is now in an excellent position with the new owners.

Making known the development himself, Cech said in an interview with the club’s official journalists: “It has been a huge privilege to perform this role at Chelsea for the past three years. With the Club under new ownership, I feel now is the right time for me to step aside.

“I am pleased that the Club is now in an excellent position with the new owners and I am confident of its future success both on and off the pitch.”

YOU MAY ALSO LIKE:   Meet Abigail Johnson the Woman Who Manage over $5trillion Investments

Naija News understands that Cech is the latest to leave the club following the Todd Boehly-Clearlake takeover after the departures of chairman Bruce Buck and director Marina Granovskaia.