Bamise’s murder: Court sets aside date for prosecution of suspect 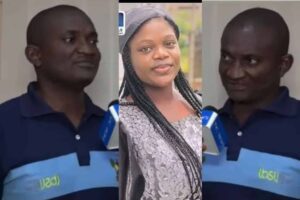 The Lagos State High Court, Tafawa Balewa Square (TBS), on Tuesday set aside May 9, 10, and 11 for the prosecution of a prime suspect in the murder of 22-year-old Bamise Ayanwole.

It was gathered that the Bus Rapid Transport (BRT) driver, Andrew Nice Omininikoron, accused of killing Bamise, was arraigned on Tuesday morning before Justice Sherifat Sonaike on a four-count charge of conspiracy, murder, and two counts of rape. He pleaded not guilty to the charges.

Nice’s arraignment followed a legal advice from the office of the Director of Public Prosecution (DPP), Dr Jide Martins, recommending the prosecution of the 47-year-old.

Recall that Bamise went missing after boarding the BRT bus on February 26. She was said to have boarded the bus which was going to Oshodi at about 7pm at Chevron Bus-stop in Lekki.