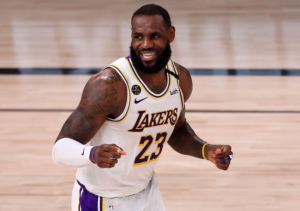 FSG is among the largest sports ownership entities in the world, and James’ involvement will only increase its reach. In addition to James coming onboard, FSG received a $750 million investment from RedBird Capital Partners, according to The Boston Globe, which first reported James’ ownership stake.

With league rules preventing current players from owning portions of the NBA or WNBA, James, who has earned more than $1 billion in his career, according to Forbes, branched out with a conglomerate that started by owning the Red Sox. FSG’s broad footprint could expand even more with the infusion of cash from RedBird Capital.

FSG bought Liverpool in 2010 for $493 million — and James joined in the investment for a reported $6.5 million. FSG turned down a $2.6 billion bid for the team in August 2018, leaving James with tens of millions in profit from his initial investment.

The investment will also hand FSG a timely boost in the transfer market. With Jurgen Klopp’s side struggling to make the top-four this season, new signings look to be needed.

While Klopp has ruled out wholesale changes of his squad, speculation will now begin about who they might sign. Indeed, it was reported at the weekend that Klopp will prioritise three major signings this summer. Top of Klopp’s agenda are a new attacker to revitalise his ageing strikeforce. And while targets have not been named, several big names, including Kylian Mbappe, have been touted of late.

It will also come as no surprise to see Liverpool targeting defensive reinforcements given their issues this season. The Athletic claims Ozan Kabak is auditioning for a long-term role at Anfield. He signed on loan in January and the Reds do have an option to make the move permanent. However, RB Leipzig’s Ibrahima Konate, Marseille’s Duje Caleta-Car and David Carmo of Braga all remain alternatives.

YOU MAY ALSO LIKE:   IBUKUN AWOSIKA, FIRSTBANK'S CHAIRMAN MAKE ACTING DEBUT IN CITATION

Klopp will also likely need to sign a replacement for the departing Georginho Wijnaldum in midfield. The Dutchman has continued to be as reliable as ever in the Reds’ engine room, amid swirling uncertainty over whether he will be at the club next season. Wijnaldum’s contract expires at the end of the campaign and no concrete news over an extension has so far surfaced.

YOU MAY ALSO LIKE:   AFRICA FILM FOR IMPACT FESTIVAL UNVEILS, CALLS FOR ENTRIES

James, who has never hidden from his support for Liverpool, nor his wish to take on a greater role has also not been shy about his desire to own an NBA team. At the NBA All-Star Game in 2019, he told reporters that upon his retirement, “I believe if I wanted to, I could own a team or be part of a basketball team. I know I got so much knowledge of the game that I don’t want to, once I stop playing — I just [do not] want to get away from the game.”

In January, when the WNBA’s Atlanta Dream were put up for sale, James tweeted: “Think I’m gone put together an ownership group for The Dream.” He proceeded to help Renee Montgomery, the former WNBA player and activist, meet with commissioner Cathy Engelbert before she joined with two partners to complete the purchase.

YOU MAY ALSO LIKE:   Prophet TB Joshua says Nothing will Change after US 2020 ELECTION

With the Red Sox, James gets limited partnership in one of Major League Baseball’s jewel franchises. The team’s estimated value is more than $3 billion, and while it’s expected to lag behind in the competitive American League East division this season, Boston has significantly improved its farm system and should increase its payroll going into the 2022 season after paring back spending the past two years.

James’ connection to FSG goes deeper than his investment in Liverpool. Among the executive producers of the comedy “Survivor’s Remorse,” which aired for four seasons on Starz: James, Carter and Tom Werner, the longtime television producer and chairman of the Red Sox and Liverpool. Werner owns the second-largest stake in FSG behind principal owner John Henry.