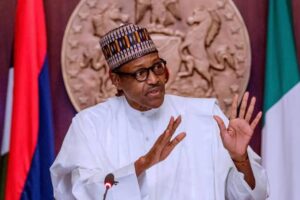 President Muhammadu Buhari may have missed an opportunity to assure the international community and Nigerians that the Federal Government is capable of quelling the recent rise in blasphemy-related killings and attacks and its threat to the country’s unity.

Buhari failed to satisfactorily respond to two questions posed to him by Bloomberg on how he feels about the killings and whether or not the country’s long-standing religious divisions could be worsened by them.

Bloomberg had asked “Are you concerned that people accused of blasphemy still get stoned to death on the streets in northern Nigeria?” and “What do these long-standing religious divisions mean for Nigeria’s future?”

The medium asked the questions against the backdrop of the lynching and burning of a Christian girl, Deborah Yakubu Emmanuel, a second-year student at Shehu Shagari College of Education in Sokoto in May 2022.

A Muslim man, Ahmad Usman, was also recently stoned and burnt to death in Abuja over allegation that he blasphemed against Prophet Muhammad.

Two weeks ago, a sex worker in Lagos State was killed by one of her patrons for keeping the Quran in her room. A nurse, Rhoda Jatau, was also reported to have escaped lynching in Warji, Bauchi State, in a suspected blasphemy case.

These and other similar incidents are believed to have worsened the underlying ideological differences that the northern and southern parts of the country have struggled to close since the country gained independence in 1960.

Buhari, in the interview, avoided talking about the blasphemy killings which had triggered an outpouring of anger from religious and civil associations, including the Christian Association of Nigeria, Amnesty International, the Muslim Media Practitioners of Nigeria, and the Northern States Christian Elders Forum, amongst others.

YOU MAY ALSO LIKE:   2023: Tinubu Congratulates Atiku As He Emerges PDP Presidential Candidate

The president merely repeated an earlier statement about citizens’ responsibility for law and order:

Bloomberg had asked: “Are you concerned that people accused of blasphemy still get stoned to death on the streets in northern Nigeria? What do these long-standing religious divisions mean for Nigeria’s future?

Buhari’s response: “No person has the right to take the law into his or her own hands.

“Christianity and Islam, our two Great Faiths and their Great Books have far more in common than they have apart. Nigeria has a long tradition of tolerance that we must draw on, and we must strive to find common ground. What comes out of this tragedy is to cherish what we share, while at the same time respect our differences.”

The president’s response to Bloomberg was no different from his reaction to the killing of Deborah Samuel contained in a statement issued by the State House on May 13, 2022.