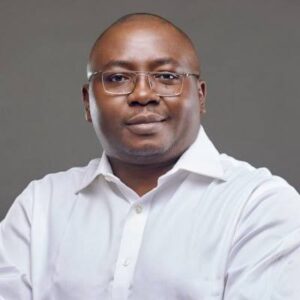 Adelabu, who had earlier described the Oyo State governorship primary poll which produced Senator Teslim Folarin as a charade, announced his exit from the APC at an emergency meeting held with his followers in Ibadan on Sunday.

He alleged that the APC in Oyo State had been hijacked and that he would make public his next political destination after consultations with his supporters across the state.

Adelabu said, “My followers have asked me to leave APC, I have left the APC.

“We will sit down with our leaders to decide on the political party to join. We will come back to APC after winning the governorship election, because we are progressives.

“It worked during the time of late Senator Abiola Ajimobi, he left Action Congress and went to All Nigeria Peoples Party and later came back to Action Congress of Nigeria.

“Just give us 48 hours to get back to you to announce the next political party to join.”

Adelabu had in an earlier statement said he would contest the 2023 governorship election. He also debunked the claim that he had joined the Social Democratic Party.

YOU MAY ALSO LIKE:   Maureen Badejo: The Satanic Agent, Blackmailer In Futile Moves Against Apostle Johnson Suleman Exposed With Audio Evidence

“All I can tell the whole world for now is that I am going to contest in the 2023 General elections as a Guber candidate, no matter what. This is the only reason why I left my groovy career as a Deputy Governor of the Central Bank of Nigeria in 2018.

“No amount of intimidation, threat or harassment can stop me from my passionate ambition of revolutionising the political, social and economic landscape of Oyo State through machinery of government.

YOU MAY ALSO LIKE:   Police Arrest Ekiti Monarch, Chief,Others Over Stolen Transformers

“As of today, I’m not a member of SDP or any other political party as being widely circulated by media organisations. Appropriate steps will be taken after consultations in due course,” he added.