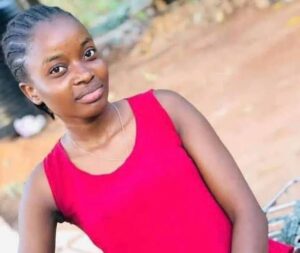 After more than four months in custody, Glory Okolie has been released from prison.

Okolie was accused of terrorism and being a member of the outlawed Indigenous People of Biafra (IPOB). She was detained and held in a cell by the Inspector-General of Police’s Intelligence Response Team (IRT) unit of the Nigeria Police Force for more than 150 days.

Activist, Harrison Gwamnishu, who is involved in Okolie’s case, broke the news of the 21-year-old’s release via his official social media handles on Wednesday morning.

“Freedom at last. More than four months in custody, Glory Okolie has been released from prison custody.

“Glory okolie was accused of terrorism and being member of IPOB by IGP IRT headed then by Abba Kyari. Congratulations to us,” Gwamnishu wrote.

YOU MAY ALSO LIKE:   JUST IN: INEC gives Tinubu, Atiku 7 Days Deadline To Pick VPs

Okolie in the case filed at the FCT high court is asking the court to mandate Nigerian authorities to pay her the sum of N100,000,000,000.00 (One hundred billion Naira) as general and punitive damages separately ‘for infringing on her rights’.

According to a court document sighted by this newspaper, Okolie went missing on June 13, 2021, while running an errand in Imo state, “and never returned home on that day”.

The document reads in part: “That from the 17th June 2021, the family members started making all frantic search of the 1st applicant in hospitals, churches, and mosques, all to no avail.

Previous BREAKING: Fire Razes Shops Under Apongbon Bridge In Lagos
Next Full Text Of The Speech Delivered By Atiku Abubakar As He Officially Declares For 2023 Presidency Atiku Abubakar