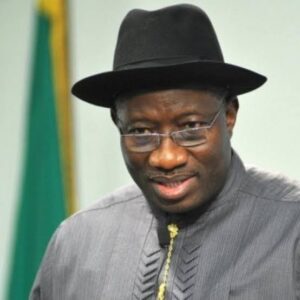 Ex-President Goodluck Ebele Jonathan may have dumped the Peoples Democratic Party (PDP) for the ruling All Progressives Congress (APC), as a coalition of northern groups on Monday reportedly bought the Expression of Interest and Nomination forms valued at N100m to enable the former leader to run as president in the 2023 general elections.

YOU MAY ALSO LIKE:   In Nigeria, Kemi Olunloyo is the only journalist that possesses integrity – FFK
Good luck ebele Jonathan 2022-05-09
Oluwasegun Adesuyi
Share

Previous BREAKING: Senate President, Lawan Joins Presidential Race
Next 2023: 5 things I will do if elected as President of Nigeria – Tinubu tells Nigerians