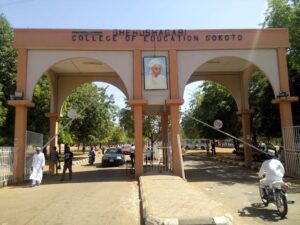 A yet-to-be-identified female student of Shehu Shagari College of Education in Sokoto was on Thursday beaten and burnt to death for alleged blasphemy.

The school has announced its shutdown over the crisis. 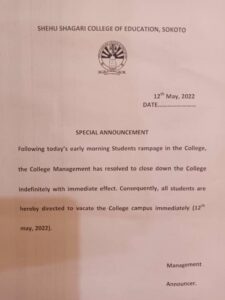 The treatment of those deemed to have insulted the prophet of Islam (Muhammad), or the religion itself in Nigeria’s northern region is a source of concern.

In 2020, a Shariah court in that axis condemned Yahaya Sharif-Aminu, a 22-year-old Muslim gospel musician, to death for committing blasphemy in a series of private WhatsApp messages. The same court found a 16-year-old boy, Umar Farouk, guilty of blasphemy for reportedly insulting the Prophet Muhammad while arguing with a friend and sentenced him to 10 years in prison with manual labour.

Farouk’s sentence has been overturned, and Sharif-Aminu’s case has been sent for retrial. But these sentences critics consider harsh, are only examples of the problematic application of Shariah law in some states in northern Nigeria.

More worrisome is the latest mob action against the tertiary institution student.