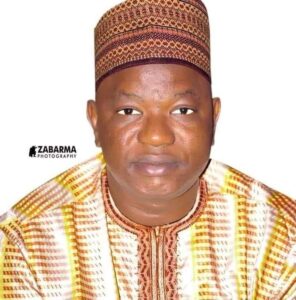 He died on Thursday after a protracted illness.

Before his death, he was said to be eyeing the Senate to represent Zamfara Central zone in the National Assembly.

Reacting, Governor Bello Mohammed Matawalle said he received with a heavy heart the news of the demise of Aliyu (Zannan Gusau), who is his close associate.

According to a press statement on Friday signed by the Governor’s Special Adviser on media, Zailani Bappa, the news of his demise was “indeed a great test of the will from the Almighty God

YOU MAY ALSO LIKE:   Forget Constitution, Arm Yourselves, War Has Been Declared On Us—Akintoye Alerts Yoruba People
Breaking: Former NLC chairman is dead 2021-12-17
Oluwasegun Adesuyi
Share

Previous N’Korea bans laughing, alcohol for 11 days to mark death anniversary of former leader
Next IT’S A SEASON OF GRATITUDE AS EMZOR ENDS THE YEAR WITH AN EVENING OF PRAISE, WORSHIP, MUSIC AND DANCE