Home / cover / BREAKING: IPOB/ESN is behind plot to destroy me – Abba Kyari reacts

BREAKING: IPOB/ESN is behind plot to destroy me – Abba Kyari reacts 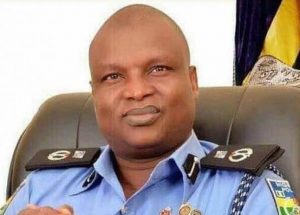 Embattled Police Officer, Abba Kyari has blamed the Indigenous People of Biafra, IPOB and the Eastern Security Network, ESN of being behind his travails.

A police report revealed that Kyari made this comment while facing a panel setup to probe him over his alleged link to disgraced fraudster, Ramon Olorunwa Abass aka Hushpuppi.

The report which was submitted to the Inspector-General of Police, Usman Baba, and in turn sent to the Police Service Commission (PSC) also revealed that Kyari claimed that IPOB and ESN was after him because of the onslaught launched against them in the South East.

The Panel was led by DIG Joseph Egbunike. The report partly read; “The officer did not deny violating social media (policy) of the police. The officer (Kyari) stated that ‘It is a campaign to smear his reputation by members of IPOB/ESN who moved to destroy him due to his onslaught against them in the South-East’.”

Upon review of Kyari’s statement, the panel found his claims to be ‘watery’ and recommended a demotion in rank as ‘punishment’.

The Deputy commissioner of Police was suspended last July after being indicted by the Federal Bureau of Investigation, FBI over his ties to Hushpuppi. The report also revealed that Kyari’s younger brother received about N235,120,000 from the disgraced fraudster.

Efforts to reach the PSC and Police Spokesperson, Muyiwa Adejobi for a comment on the matter proved abortive.r

YOU MAY ALSO LIKE:   Again, NNPC Releases Fresh 516.43 Million Litres Of PMS To Nigerians
BREAKING: IPOB/ESN is behind plot to destroy me – Abba Kyari reacts 2022-02-17
Oluwasegun Adesuyi
Share

Tags BREAKING: IPOB/ESN is behind plot to destroy me – Abba Kyari reacts