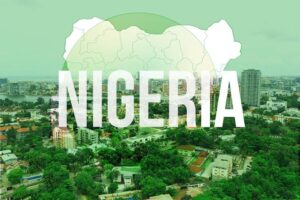 Subsequently, the police commissioner in Enugu, Mohammed Aliyu, has ordered the rescue of Mr Eguma.

Mr Eguma is the coach of Rivers United FC, Port Harcourt. He was reportedly abducted along the Enugu-Port Harcourt expressway on Tuesday.

Mr Aliyu gave the order in a statement issued by the police spokesman ASP Daniel Ndukwe, on Wednesday, in Enugu.

The statement disclosed that Mr Eguma was abducted by gunmen on June 15, at about 4:00 p.m. on the Enugu-Port Harcourt expressway.

“The order is sequel to a complaint made to the Anti-Kidnapping Unit of the command, the same date as the incident at about 5:05 p.m., by two other persons travelling with the victim.

“They further alleged that the assailants pushed the two of them out and made away with the vehicle, abducting the victim in the process,’’ the police statement explained.

YOU MAY ALSO LIKE:   Journalist, Two Others Killed As Armed Robbers Attacks Bank In Ondo

The police added that the commissioner was urging the public to provide useful information that will assist the command in its ongoing investigation.