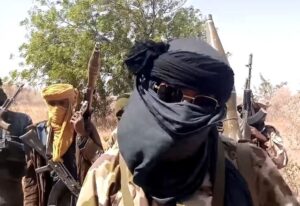 The federal government has released the official gazette categorizing bandits as terrorists.

A federal high court sitting in Abuja had on November 26 proscribed Yan Bindiga and Yan Ta’adda bandit groups and subsequently declared their activities as acts of terrorism.

According to the motion, “banditry, incessant kidnappings for ransom, kidnapping for marriage, mass abductions of school children and other citizens, cattle rustling, enslavement, imprisonment, severe deprivation of physical liberty, torture, rape, sexual slavery, enforced prostitution, forced pregnancy, other forms of sexual violence, attacks and killings in communities and commuters and wanton destruction of lives and properties in Nigeria, particularly in the Northwest and Northcentral states in Nigeria are being carried out by Yan Bindiga and Yan Ta’adda groups and other groups associated with or engaged in the same or similar activities as Yan Bindiga and Yan Ta’adda groups in Nigeria.”

On Wednesday, the FMOJ announced that the court proscription order is now cited as the Terrorism (Prevention) Proscription Short Order Notice, 2021.

“Consequently the general public is hereby warned that any person or group of persons participating in any manner whatsoever in any form of the activities involving or concerning the prosecution of the collective intentions or otherwise of the groups referred to in paragraph 1 of this Notice will be violating the provisions of the Terrorism (Prevent ion) Act, 2011 and liable to prosecution,” the document stated.