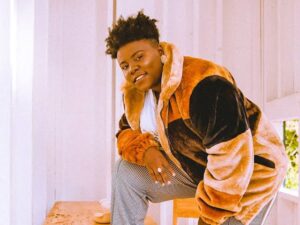 Rivers State Police Command has disclosed that the organisers of the music concert held in Buguma, Asari-Toru Local Government Area, Rivers State, which was disrupted when a popular Nigerian artist, Teniola Akpata, popularly known as Teni, was performing last week did not apply for security prior to the event.

The command denied reports that its operatives fired gunshots that scared the A-list musician and ended her performance abruptly.

Recall THE WHISTLER had reported that Teni, who was the star artist of the concert, was already on stage thrilling fans before a melee suddenly ensued from amongst the crowd.

The dispute which degenerated into a fight was later discovered to be a misunderstanding between two youths.

However, the organisers managed to whisk off Teni to safety.

Reacting to reports on the alleged attack, the spokesperson of the state police command, Grace Iringe-Koko, while speaking to newsmen in Port Harcourt, insisted that no police officer fired a gunshot during the event.

According to Iringe-Koko, the organizers of a show of such magnitude ought to have applied to the Commissioner of Police for security, but said the command never received any application or request.

In her words: “No police officer from Rivers State Police Command fired any gunshot that day. Normally if they have such an event, they are supposed to write an application to the Commissioner of Police.

YOU MAY ALSO LIKE:   See How Nnamdi Kanu Threatened Prophet  T.B Joshua Before His Death

“Then the Commissioner of Police will direct the Area Commander covering that Degema axis, while the Degema Area Commander will also assign it to the Divisional Police Officer over there at Buguma that will cover that event.