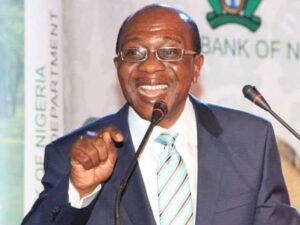 The Minister of Finance, Budget and National planning, Zainab Ahmed, has revealed that Nigeria’s inflation rate will remain at double digit in 2022.

Zainab disclosed the development on Wednesday at the Public Presentation and Breakdown of the Highlights of the 2022 Appropriation Act in Abuja.

She further admitted that the Federal Government failed to meet its target of moderating inflation to 11.95 per cent by the end of 2021.

According to Ahmed, the inflation rate by November was at 15.4 per cent which was above its projections.

But the rates moderated to 15.99 per cent and 15.4 per cent in October and November respectively.

The Godwin Emefiele-led Central Bank of Nigeria has been battling to reduce the inflation rate to between six to nine per cent.

The apex bank governor had projected that he would reduce Nigeria’s inflation to a single digit by 2024.

YOU MAY ALSO LIKE:   Lagos State, industry stakeholders, mourn BJAN chairman Ekwujuru, to be buried September 2nd in Njaba

The last time the economy witnessed a single digit inflation was in 2015 when it was 9.5 per cent.

Meanwhile the World Bank had said in its November edition of the Nigeria Development Update that the country’s inflation will be among the highest in the world in 2022.

The World Bank said, “In 2022, Nigeria is expected to have one of the highest inflation rates in the world and the seventh highest in Sub-Saharan Africa.”