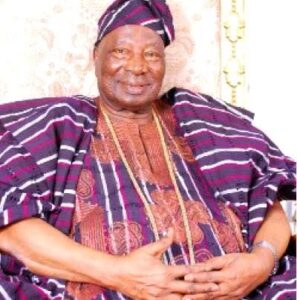 It was gathered that the monarch died early Sunday morning at the age of 95 after spending 47 years on the throne.

Palace sources confirmed his death to Vanguard but stated that his death has not been officially announced.

He ascended the throne on October 24, 1973. He was born on May 27, 1926, in Ogbomoso to Oba Bello Afolabi Oyewumi Ajagungbade II and Ayaba Seliat Olatundun Oyewumi.