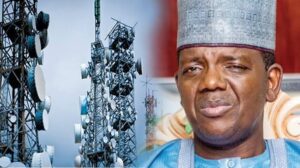 It would be recalled that the Zamfara government last Wednesday said the process of restoring telecommunications services in the state is ongoing.

As part of measures to tackle banditry in the north-western state, the government had cut telecommunications networks in 14 local government areas in September.
However, on November 27, Governor Bello Matawalle ordered the restoration of the networks in Gusau, the state capital.

Neighbouring Sokoto State had also taken the same measure to curb banditry and insecurity. Now, according to Eons Intelligence, the Executive Order has been finalised and the governor has signed.