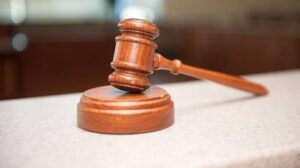 A lecturer with Federal Polytechnic Offa, Kwara State, Mr Aderemi Bankole has urged an Osun State High Court, sitting in Ede to dissolve his marriage after alleging his wife of infidelity alleged infidelity with a Rector.

A copy of the signed petition received by Osun State High Court, Ede with the number HED/25D/2021 which was obtained by Vanguard in Osogbo, Bankole alleged his wife, Adebukunola of cruelty, promiscuity, infidelity, waywardness among others against him.

YOU MAY ALSO LIKE:   Lagos Driver Stabs LASTMA Official On His Head, Neck

The petition which was submitted to the court by his counsel, Hashim Abioye has as defendants, his wife, the said Rector and one Oluwole.

While stressing that he and his wife have continuously lived apart for two years, he noted that they were married at the marriage Registry at Amuwo Festac Town, Lagos before they relocated to Ijagbo via Offa, Kwara state, adding that “the union is blessed with three children of age, 18, 16 and 9-year-old.”

“Since the marriage, my wife has been behaving in such a way that I can’t reasonably be expected to live with her because she continuously had illicit affairs, committed adultery with the Rector, to the extent of it becoming scandalous and also a subject of social media discourse.

“My wife made an illegal and unauthorised trip to London for six months without my consent facilitated by a former and she was harboured by one Sunday and Sodipo.

“When she was illegally harboured, it later resulted in the premature birth; she was pregnant at the said period.

“While in London and in Nigeria she engaged in illicit and immoral relationships with some colleagues.

YOU MAY ALSO LIKE:   Evangelist Begs For Forgiveness As She Welcomes Child Outside Wedlock

“I plead with the court to dissolve our marriage and the court should grant me the custody of our two children”, it reads.

Previous How I was Sexually Molested by A Male Lecturer While in University – Popular Nollywood Actor reveals
Next BREAKING: Telecommunications network restored to Zamfara communities