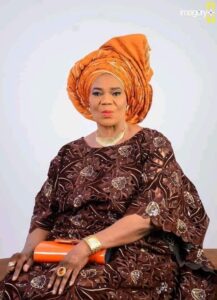 Yemi Ademokoya Agboola, a veteran in the radio industry, is dead.

Ademokoya is a popular voice on radio in Kwara State. Her program, ‘Akoto Ogbọ́n’ was well-listened to.

According to a family source, Late Ademokoya died at the age of 67 at the weekend at the University of Ilorin Teaching Hospital (UITH) after a brief illness.

Confirming her death, the Nigeria Union of Journalists (NUJ) Kwara State Council, in a statement, expressed condolences to the family of the veteran broadcast journalist.

YOU MAY ALSO LIKE:   Covid-19: How GTBank Erroneous Management Decision may have Expose Nigerians to more Infection

The Union said in the statement signed by the Council’s Chairman, Abdullateef ‘Lanre Ahmed, and Secretary, Omotayo Ayanda, that the news of the sudden death of the journalist in the state came as a rude shock and disbelief.

Furthermore, the Kwara NUJ said she will be remembered for her vibrancy as she contributed positively to journalism.