Buhari Expresses Grief As 45 Farmers Are Murdered In Nasarawa State 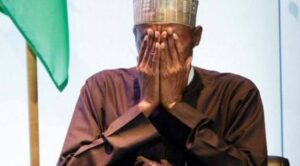 President Muhammadu Buhari on Tuesday condemned the gruesome murder of 45 farmers in Nasarawa State, describing the incident as heart-wrenching.

The President while commiserating with those injured as well as the family members of the victims, assured that his administration will continue to provide necessary security for the people of the country and their belongings.

Buhari’s message was contained in a statement by his Senior Special Assistant on Media and Publicity, Mallam Garba Shehu.

He said the state government has responded appropriately to the incident and the federal government will do everything necessary to fish out the perpetrators.

“I assure the people with all seriousness and sensitivity that this administration is doing its best to safeguard the security of people and will leave no stone unturned in fishing out the perpetrators of this senseless and barbaric incident, and bring them to justice,” he said.

Recall Naija News earlier reported that gunmen suspected to be herdsmen have killed not less than 20 farmers and displaced 5,000 others during an attack on 12 communities in Lafia, Obi, and Awe Local Government Areas of Nasarawa State.

The President of Tiv Development Association in the state, Peter Ahemba, confirmed this on Monday.

Ahemba asserted that 20 corpses have been recovered with the support of security agencies, adding that many residents are still missing.

He advised both the state and the federal governments to protect the lives and properties of the citizens and ensure that peace returns to the affected communities.

YOU MAY ALSO LIKE:   Yoruba Nation: Igboho Wins Big As Court orders Malami to Pay Him N50,000
Buhari Expresses Grief As 45 Farmers Are Murdered In Nasarawa State 2021-12-22
Oluwasegun Adesuyi
Share