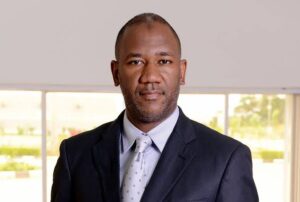 Against appeals by a pro-Senator Bola Ahmed Tinubu group to the Independent National Electoral Commission to disqualify Mr Peter Obi from contesting the 2023 presidential election over the $150m Diaspora donations he received, Obi’s running mate, Sunday, gave reasons for the gesture.

Obi is the presidential candidate of the Labour Party while Dr Datti Baba-Ahmed is his running mate.

Dr Ahmed said the donors had confidence in Obi, and challenged other presidential candidates to travel overseas to get donations. He stated this in his verified Twitter handle.

According to him, “Tinubu group asking Inec to disqualify Obi over $150m diaspora funding. Now do you think anyone would wish to donate their hard earned money if they don’t see a messiah in Obi? Anyway let any of the presidential aspirants visit US. I want to see something.”

Recall that the Tinubu-Shettima Connect, rooting for the election of Senator Tinubu, presidential candidate of of the Progressive Congress in 2023, asked INEC to disqualify Obi and his running mate, Yusuf Datti Baba-Ahmed, for soliciting funds from Nigerians in the diaspora.

The group, in a statement by its convener, Adebanjo Moyosore, said such was against the Electoral Act 2022.

According to the statement, “It is a matter of great public concern as the country has moved from its old practice with INEC trying to put perfection to the electoral process.

“Unfortunately, a few individuals who think they can get away with delibrate act to undermine the electoral law of the land have already started making sinister moves even when the campaigns are yet to begin in earnest.

YOU MAY ALSO LIKE:   Femi Adesina Afraid Of Fani-Kayode Replacing Him – Omokri

“Section 85 of the Electoral Act has clearly explained this. Also, Section 85 (a) (b) provides that any political party that:

“(a) holds or possesses any fund outside Nigeria in contravention of section 225 (3) (a) of the Constitution, commits an offence, and shall on conviction forfeit the funds or assets purchased with such funds to the Commission and in addition may be liable to a fine of at least N5,000,000.

YOU MAY ALSO LIKE:   Nigerian Celebrities congratulate Olamide on new album

“We therefore call on INEC to act and save our democracy from the hands of some desperate Nigerians.”