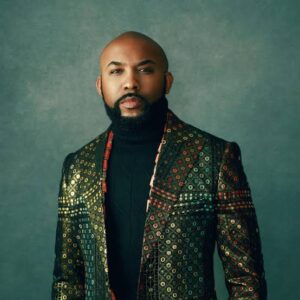 The emergence of Nigerian singer, Bankole Wellington alias Banky W, as a candidate of the People’s Democratic Party (PDP) in the 2023 House of Representatives election has excited his fellow musicians and other entertainers.

Wellington, at the just concluded House of Representatives and State Assembly primaries of the PDP, won the party’s ticket to contest the Eti-Osa Federal Constituency seat.

YOU MAY ALSO LIKE:   Zoom founder Eric Yuan Gives-Out $6bn Worth of his shares

He clinched 28 of the 31 votes cast by delegates at the primary election.

Fellow singer, Davido, while congratulating Banky W in a tweet, said: “Congrats @BankyW! You have my support! Don’t sit at home and complain, get up and make a change.”

Obi Cubana, DJ Neptune, Ebuka Obi-Uchendu, and MI Abaga, amongst others, also congratulated the singer for his victory on social media.

Previous 2023: The Imperative Of Rotimi Amaechi’s Presidency.
Next JUST IN: Ex-JAMB Registrar, Saleh Abubakar Is Dead