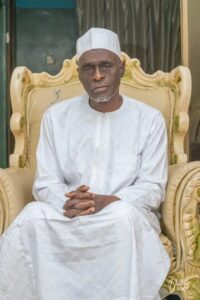 The former Acting Register of the Joint Admissions and Matriculation Board (JAMB), Dr Saleh Abubakar is dead.

A family member of the deceased, Alhaji Hassan Mijinyawa, who is also the Special Adviser to Gov Darius Ishaku on Press Affairs, confirmed the news.

He revealed that Abubakar died at a Kaduna hospital at the aged 74 years after a protracted illness.

He added that the deceased hailed from Jalingo in Taraba State and has been a resident of Kaduna state over the years before his death.

The remains of the deceased who is survived by one wife, 12 children and 11 grandchildren have since been buried in Kaduna by Islamic Injunctions.

A 1973 graduate of history from the Ahmadu Bello University, Zaria, Abubakar was a member of the Nigerian National Constitutional Conference under Gen. Abacha’s regime from 1994-to 1995.

Before joining JAMB in 1996 as Director of Admissions, he was a lecturer at the Ahmadu Bello University (ABU) for 19 years and was also the Chief Executive Officer of the College of Preliminary Studies (CPS) Yola in the defunct Gongola State and later he headed the College of Education, Jalingo, Taraba.