Home / cover / Deborah Samuel: Buhari’s Daughter Advises Muslims On What To Do When Faced With Blasphemy

Deborah Samuel: Buhari’s Daughter Advises Muslims On What To Do When Faced With Blasphemy 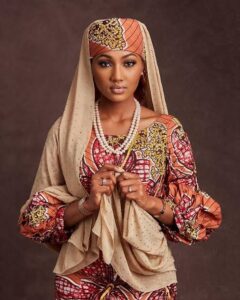 Zahra Buhari, daughter of the President of the Federal Republic of Nigeria has advised Muslims on the way to act when faced with a blasphemous individual.

The mother of two took to her Instagram story to share a video of an Islamic cleric, Sheikh Assim Al-Hakeem teaching Muslims on how to respond when people insult the prophet.

He said: “This depends if you are in a Muslim country. This is a major offence that requires the intervention of the Muslim ruler. You simply report these individuals to the court or to the Muslim ruler.

“It’s the duty of the Muslim ruler to execute after going through the legistrative processes and going in front of panel of judges.

“You must not take matters into your own hands because this will turn the community into a jungle.”

This is coming two days after the gruesome murder of a female student, Deborah Samuel in Sokoto for alleged blasphemy.

Meanwhile, Deborah Samuel’s parents have described her death as tragic and heartbreaking, stating they have left her killers to God.

Deborah’s corpse was laid to rest in her birthplace of Tungan Magajiya in Niger State’s Rijau Local Government Area on Saturday evening.

YOU MAY ALSO LIKE:   DON'T BE DEMORALISED BY ICC INVESTIGATION AND AI POSTURE, BURATAI TELLS NIGERIAN TROOPS

Naija News recall her classmates stoned her to death and set her ablaze on Thursday for reportedly making a derogatory statement about Prophet Mohammed on a WhatsApp group.

In response to their daughter’s death, the heartbroken parents stated that they had nothing to say or do about it and that they have opted to put everything in God’s hands. Read more

YOU MAY ALSO LIKE:   2023: Why the Obidient movement is a useless one - Asari Dokubo
Deborah Samuel: Buhari’s Daughter Advises Muslims On What To Do When Faced With Blasphemy 2022-05-16
Oluwasegun Adesuyi
Share

Tags Deborah Samuel: Buhari’s Daughter Advises Muslims On What To Do When Faced With Blasphemy

Previous NFF Names Jose Peseiro as New Super Eagles Head Coach
Next 2023: Amosun Speaks on Stepping Down For Tinubu, Others