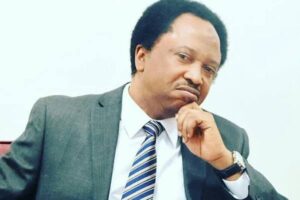 As bandits continue to unleash their unrestrained reign of terror in Zamfara, Katsina, Kaduna and other Northwestern states that has claimed thousands of lives including members of the armed forces, Nigerians from across the country have been calling on President Buhari to declare the bandits terrorists. The call comes from several quarters.

The likes of Governor Nasir el-Rufai of Kaduna state have pleaded with Buhari to declare bandits terrorists so that the military will be decisive and firmer in dealing with them. The Senate on Wednesday 29th September 2021 passed a resolution asking President Buhari to declare the bandits as terrorists through a Proscription Order, pursuant to section 2 of the Terrorism Prevention Act, 2011 (As Amended). The Senate asked the president to wage a total war against the criminals, including bombing all their locations, to eliminate them, while also declaring all known leadership of the bandits wanted and track them wherever they are for arrest and prosecution.

Barely 24 hours after the Senate asked President Buhari to declare bandits terrorists, the House of Representatives also urged the President to do same, to underline the determination of the apex government to combat the wave of criminality and murders perpetuated by bandits all over the country.

A similar call was also made by all the 36 Speakers of State Houses of Assembly at the end of their conference last month (October) in Katsina state while asking the president to declare bandits enemies of the state.

But as lawmakers both at the federal and state levels were passing resolutions asking that the bandits should be labelled as terrorists and other Nigerians added their voices, the FG, through the Minister of Defence, Bashir Magashi, said that the need to follow due process was responsible for the delay in declaring bandits as terrorists. Sani is not happy with the situation. He lamented that the bandits are killing people regardless of religion and place of worship.

YOU MAY ALSO LIKE:   2023: Aregbesola refuses to Shake Hands with Omisore at S’west leaders Meeting

“They killed Muslim worshipers in their mosques in Niger and Katsina state; they killed Christians in their Churches in Kaduna state;if the Government doesn’t want to declare them terrorists,it should declare them federal civil servants,” the outspoken politician wrote on his verified Twitter handle on Monday.