Eight killed as cultists engage in supremacy battle in Ogun 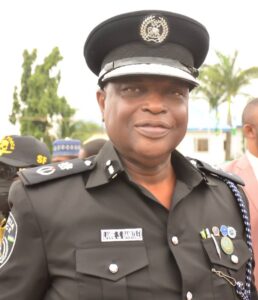 No fewer than eight persons have been reportedly killed during another phase of the supremacy battle between Eiye and Aiye confraternities in Sagamu, Ogun State.

The fresh killings occurred on Sunday, a few days after seven persons were killed in different parts of Abeokuta, the state capital.

Our correspondent gathered that 15 persons had been killed in less than two weeks in Abeokuta and Sagamu.

The clash between the rival cults got to its peak following the gruesome murder of a lout popularly known as Tommy in Oluwo, Abeokuta.

Our correspondent learnt that as of Sunday evening, residents in Panseke, Onikolobo, Oluwo and Adigbe fled for their lives as gunshots rent the air.

Though the police said 18 persons were arrested, calm seemed not to have returned as the crisis escalated to Sagamu, Remo axis of Ogun State.

As early as 7am on Sunday, sources said some young men stormed some places in Sagamu and killed their targets.

A source said the bodies of the victims were picked up by the police; others were said to have been taken away by their parents.

YOU MAY ALSO LIKE:   Russia Destroy Ukraine’s Airbases, Air Defences

According to the source, an electrician, identified only as Akeem, was killed in the Ajegunle area of Sagamu.

“Akeem did not die immediately; but when they were rushing him to a hospital, another motorcycle hit them and he fell. That was how he died eventually. His intestines were coming out because he was shot in the stomach,” he added.

YOU MAY ALSO LIKE:   BBNaija’s Pere Denies Affair With Gov Yahaya Bello’s Wife

It was also gathered that some of the victims were murdered in Soyindo, Ijagba, Ajegunle and Sabo, all in Sagamu.

He had yet to do so as of the time of filing this report.

Previous Nigeria Vs Ghana: To Mobilize Support For Super Eagles, FG Directs Closure Of Public Offices By 1pm
Next ‘I Need Space’ – Portable Cries Out As He Sacks Manager, Promoter And DJ