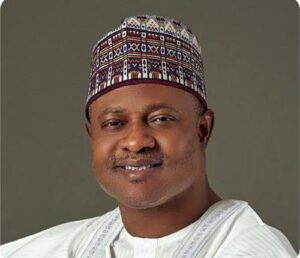 Governor Nasir El-Rufai of Kaduna State has repaid his longtime Personal Assistant and Political Associate, Uba Sani, with the ticket of the All Progressives Congress, APC, for the 2023 governorship election in the state.

The primary election which held on Thursday and dragged into the early hour of Friday saw Sani, who is a senator representing Kaduna Central, as the winner.

There were 39 invalid votes.

Sani was Governor el-Rufai’s Special Adviser on Politics, and his Personal Assistant when he served as Minister of Federal Capital Territory (FCT), Abuja during the administration of Olusegun Obasanjo.

THE WHISTLER reports that both have remained close since then.

El-Rufai is seeking a loyal successor as his reign finishes in 2023.

Sani had earlier been chosen among several aides to the governor and was subsequently anointed by the former minister.

Another close political associate of the governor who was a former Chief of Staff, and a two-time Commissioner for Budget and Planning under his administration, Mohammed Abdullahi, popularly known as Dattijo, was urged by the governor to pick the form for Senate to represent Kaduna Central.

Dattijo, who was earlier touted as the anointed candidate of the governor, subsequently picked the senatorial form.

YOU MAY ALSO LIKE:   Elon Musk's SPACE X and Jeff Bezos' Blue Origin Battles for Supremacy

Sani is into his third year of first term in the Senate.

The governorship election comes up in March 2023.