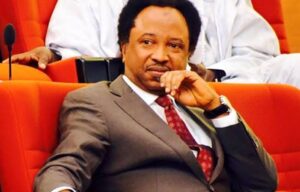 In an interview on Channels Television on Tuesday night, Sani said the right thing for the National Assembly to do is to override the president and approve the bill.

The former Kaduna Central Senator said the current administration will be tagged a failure if it fails to approve the electoral bill.

He said: “From what I can see from the statement of Lawan and Gbajabiamila, I think they lack the courage to do what is right. The courage to do what is right is to override the president and approve the bill.
“First of all, when they (referring to the national assembly) passed that bill, the comment that came from them was that they have taken power back to Nigerians and then the president rejected this bill and then they just don’t know what to do.

“They have no concrete plan on what to do. Nigerians need a credible electoral process and already they have a bill that Nigerians were happy with. So, if Nigerians accepted the bill, why should the president oppose it?

“If the president opposes it, the next thing Gbajabiamila and Lawan should do — let them have the courage to override him and approve that bill.
“For me, I believe they should know — both the national assembly and the president. If there is any legacy that they will leave behind for this country, it is to let us have a new electoral act that will make the 2023 election better than 2019. If they fail in this, they fail in everything.”

YOU MAY ALSO LIKE:   See How the Nigeria police force 'rescue me app' works in case of security emergencies
Sheu sani 2022-01-19
Oluwasegun Adesuyi
Share