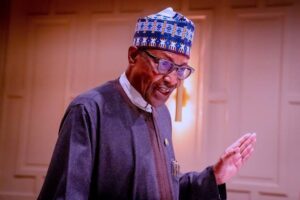 The victims, who were held at the 14 Brigade Nigerian Army Ohafia Abia State, include, Sunday Nwafor, 59; Uzonwanne Ejiofor, 48; and Wilfred Dike, 36.

YOU MAY ALSO LIKE:   FBNHOLDINGS GROUP WINS BIG AT THE 2020 GREAT PLACE TO WORK AWARDS

Amnesty International Nigeria has reacted to the release of the suspected IPOB members.

Amnesty International, in a statement released on Wednesday night, charged the Federal Government to release information about other victims who are in detention.

It also called on the Federal Government to grant the families and lawyers access to the victims in detention.

Amnesty International also appealed to President Muhammadu Buhari-led government to charge the victims to a court or release them in the absence of any legal authority used to justify their continued detention.

The statement reads, “Amnesty International urges Nigerian authorities to provide information about the status of other victims of enforced disappearance and incommunicado detention, grant their families and lawyers access to them, charge them to court, or release them in the absence of any legal authority used to justify their continued detention.”

Previous MAUREEN BADEJO – NO REST FOR THE WICKED, A HOPELESS AND POINTLESS MISSION COMES TO AN END
Next NATFORCE: Buhari Finally Disbands Security Outfit After Senate Ignored NSA To Recognize Body