Finally, Mane Bows Out Of Liverpool After Winning Six Trophies 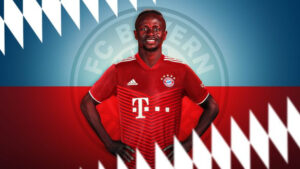 Sadio Mane’s spell at Liverpool FC was confirmed to have ended after reaching a deal with German side, Bayern Munich.

He joined Liverpool from Southampton in 2016 as he immediately propelled Jürgen Klopp’s team to victory.

During his Liverpool years, he played 268 games, scored 120 goals and 38 assists in all competitions.

In an interview with Liverpool FC, he revealed that he had planned to exit the club on a good note.

He said, “After when both clubs agreed [the transfer], I sent a long text to say goodbye to everybody, which is normal. They were sad, as I was, but it is part of life. We just have to accept it.

“That was the plan from the beginning because for me, to leave Liverpool in a very good way, that is me because how I have been there.”

He revealed that his favourite moment at Liverpool was when they beat Barcelona 4-0 at Anfield after losing 3-0 at Nou Camp.

” I will go first of all for 2019 when we beat Barcelona at home, that was incredible, and as well when we won the Champions League. For me, so far that is the best, best moment, or the moment that will stay forever in my head, for sure,” Mani said.

YOU MAY ALSO LIKE:   BREAKING! 10 deaths recorded as Pastor David Ibiyeomie’s Church Collapses

“After every game! After every one of my games in Munich I will come to the dressing room and I will watch Liverpool, for sure, because I am going to be Liverpool’s No.1 fan forever.”