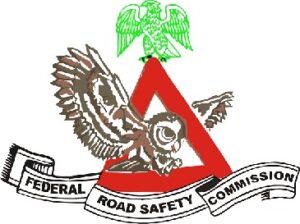 The Corps Public Education Officer (CPEO) Assistant Corps Marshal (ACM) Bisi Kazeem, disclosed this in an interview with the Newsmen on Thursday in Abuja.

Kazeem said 4, 794 persons were recorded dead and 28,449 persons got various degrees of injury within the period under review, while 29,808 had minor injuries and survived.

He said there was a decrease in the total number of people killed by road traffic crashes in 2020 when compared to 2019.

“The total number of crashes increased in the year 2020 with a total of 565 crashes, representing 5.37 per cent increase.

YOU MAY ALSO LIKE:   Abia First Lady Rescues Widow Accused Of Witchcraft

Kazeem said the major causes of these crashes as observed by the Corps was Speed-related Violations (SPV), which contributed above 62 per cent of the total crashes.

YOU MAY ALSO LIKE:   Apprehension In Bayelsa PDP As FG Drags Guber Candidate Before CCB On Monday

Kazeem said the Corps believed that a crash-free society was still possible only if all road users, including pedestrians ensured that all road traffic regulations were complied with accordingly.

He, however, warned that those who violated road traffic laws indiscriminately would definitely be penalised as the operatives were more than ever prepared and deployed to enforce compliance.