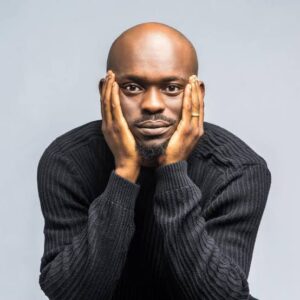 Popular Nigerian comedian, Mr Jollof has alleged that a 62-year-old woman on behalf of Apostle Johnson Suleman paid a popular blogger the sum of N10m to shut down his s3x scandal.

Recall that Naija News earlier reported that the blogger had released a list containing names of some Nigerian actresses and BBNaija stars, claiming they are all romantically involved with the Apostle.

YOU MAY ALSO LIKE:   Insecurity: Tell Your Families To Prepare Your Ransoms When Travelling – NYSC Advise Corp Members

But the clergyman while preaching during a crusade in his church challenged the blogger to come out openly, boasting that he would shut down the blog.

YOU MAY ALSO LIKE:   Advertorial: Beth Shea Butter Remains The Pride Of Your Skin

The comedian subsequently gave the face behind the blog a seven days ultimatum to refund the money as he also vowed to expose the blogger with evidence of all the payments he has received as bribe.

He spoke at length through a video which he captioned: ‘Gist Lover na Bandit for social media !!! Abeg refund the 10million them pay you Abeg because you crop out the place when you say you no Dey refund !!! So we know your next move Abeg because we all go open our yansh like Uncle Bob.’