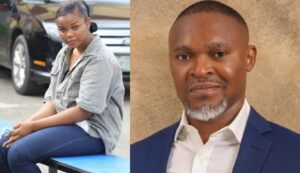 Society gazette reports that Chidinma, the alleged killer of the CEO of Super TV, Micheal Ataga has made a U-turn on some of the statements she made some weeks ago.

We recall that Chidnma confessed to killing Michael after he made some advances towards her and tried to have s*x with her forcefully.

In an interview with crime Fighters, she has revealed that she has nothing to do with the death of Michael Ataga because she wasn’t in the apartment when he died.

She explained that they truthfully met on that day and went to eat before going to the apartment but she wasn’t the one who killed him.

In her statements in a video making rounds, she noted that someone must have broke into the apartment to kill the businessman.

Previous Police Confirm Kidnap Of Kaduna 85year old Emir By Bandits, Deploy Operatives Into The Bush
Next Why I Chose To Become A Woman – Bobrisky Finally Open Up