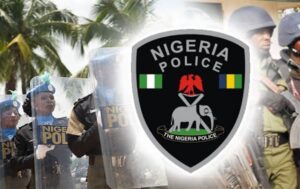 The Kaduna State Command of the Nigeria Police has confirmed the abduction of the Emir of Kajuru by bandits in the early hours of Sunday.
The Police Command said the 85-year-old traditional ruler was attacked and kidnapped in his residence around 2.34 am by bandits who stormed the community in large numbers and carried dangerous weapons.

Apart from the Emir, 10 members of his family were also abducted, the Police confirmed.

A statement by the State Police Public Relations Officer, ASP Mohammed Jalige, said security operatives including Police Mobile Force, conventional police and the Nigerian Army have been deployed to comb the forest while the IGP’s tactical units have been contacted for technical support.

The police spokesman said, “The Kaduna Police Command, through the Divisional Police Officer, Kajuru, Kaduna, is in receipt of an unfortunate report on the kidnap of the Chief of Kajuru, Alhaji Alhassan Adamu, in the early hours of today, July 11, 2021.

“The incident occurred around 2.34am when armed bandits in large numbers invaded Kajuru town, shot indiscriminately and gained access into the chief’s residence, where they abducted him and 10 members of his immediate family to an unknown destination.

“Notwithstanding, the joint patrol of the Police Mobile Force, conventional police and the Nigerian Army attached to the Kajuru LGA are currently engaged in search and rescue mission around the forest for a possible rescue of the victims, while the IGP’s tactical units have been contacted for technical support.”

The Police statement further urged members of the public to remain calm and “always support the police and other security agencies with credible information that will enable them curtail any possible attack on innocent citizens before it happens.”

YOU MAY ALSO LIKE:   Wema Bank Press Release: Formal Statement on Purported Forgery of Cheque and Inappropriate Arrest warrant on Managing Director

Meanwhile, the founder of the Christ Apostolic Church of Christ, Agbala Itura worldwide, Prophet Samuel Abiara, has revealed why people hated the late founder of Synagogue Church of All Nations, Prophet TB Joshua.

The cleric noted that people hated the founder of SCOAN because he followed the footsteps of Jesus Christ.

YOU MAY ALSO LIKE:   APC Presidential Election: Nigerians React As MC Oluomo Rejoice Over Tinubu’s Win

Prophet Abiara, while speaking at the thanking service in honour of TB Joshua, on Sunday, insisted that the televangelist was a man of God.

He described the deceased as a pride to the body of Christ in Nigeria and around the globe.