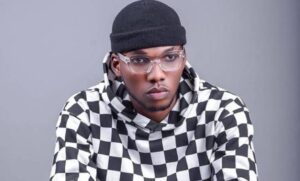 Nigerian singer, Victor Adere, popularly known as Victor AD, has denied claims that his colleague, David ‘Davido’ Adeleke, allegedly stole the hit song ‘Jowo’ from him.
On Monday, Twitter was awash with rumours claiming Victor AD had granted an interview with Hip TV where he alleged that Davido stole the song.

“Victor AD just confirmed Davido stole his record ‘Jowo’. According to him, OBO heard d song after they recorded ‘Tire You’. He was surprised to see d song on ABT without him/his mgt consent. He said Davido blocked him on Socials & threatened to ruin him. This wickedness,” a tweet, which quickly went viral on the platform, had read.

YOU MAY ALSO LIKE:   Oke Ogun Polytechnic Sacks 184 Workers For Protesting Against Poor Salary, Working Conditions

As conversations on the allegation topped Twitter trends on Tuesday, Victor took to the microblogging platform to dismiss the claims.

Stating that he never wrote ‘Jowo’ for Davido, the singer added that he didn’t know where the rumours came from.

“Omo no be me write JOWO for @davido I don’t know where all this is coming from. make una let baba celebrate him 10yrs in peace #olofofo,” Victor AD wrote in Pidgin English.

Davido had released ‘Jowo’ as one of the tracks of his ‘A Better Time’ album. The singer also put out a music video featuring Richard Mofe-Damijo (RMD), an ace Nollywood actor; and Nengi, a 2020 BBNaija reality TV star.

In March 2019, Victor AD had teamed up with Davido for the visuals to ‘Tire You’.

Previous Wanted leader of IPOB, Nnamdi Kanu reportedly flees UK over INTERPOL arrest
Next Nigeria On The Verge Of Becoming A Failed State under Buhari — Afenifere