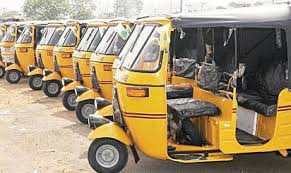 A notice released by the Secretary to the State Government (SSG), Prof Solo Chukwulobelu, stated this on Friday night.

There have recently been cases of cultists and robbers using tricycles, popularly called Keke and shuttle buses to convey cultists and armed robbers to destinations where they fought and killed rival cultists or robbed innocent persons.

The release by Chukwulobelu read: “In view of the need to improve security in the State and address observed incidents of crimes using tricycles, motorcycles and shuttle buses, the State Government after due consideration, wishes to direct as follows:

“That the earlier ban on the use of motorcycles in greater Onitsha and Awka areas during the day and night, remains in full force. Any motorcycle found within these areas will be impounded and forfeited;

“That the use of motorcycles, tricycles and shuttle buses across the State is now banned between 7pm and 6am daily with effect from Saturday 29th May 2021 and for 1 month in the first instance;

“That shuttle buses are henceforth banned from using tinted glasses or curtains while plying on Anambra roads. All other vehicles either with factory fitted tinted glasses or plain glasses must wind down while approaching any security checkpoint to avoid embarrassment;

“Henceforth, any community where Keke is used to Rob or commit any crime, the use of Keke will be banned totally in that area and the union exco sanctioned. Same measures will be applied in the case of shuttle bus and motorcycle.

“Government hereby directs full mobilisation of community youths and stakeholders across the State to take ownership of security in their immediate environments and assist the Police and other Law enforcement Agents to enforce these directives and quickly restore law and order in our State.”