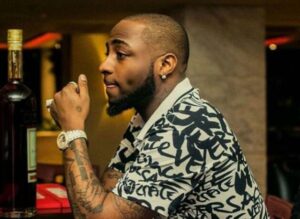 For the first time in many years Kylie Jenner was pushed to number 2 by Actor and former wrestler Dwayne Johnson (Rock) who is grossing over $1million per post as against Kylie $986k, Juventus footballer and the most followed man on Instagram is in distance 3rd with his $889k per post page.

The Instagram Rich List is made up of celebrities who monetise their followers and influence by promoting goods and services of known and unknown brands across the world. Hooper HQ compiled a list of top brand influencers across the world. Social media platforms have grown to become one of the most popular marketing tools for brands across the world. These companies have been able to reach more people without the aid of traditional media – television, radio, and newspaper. According to a Facebook research conducted, 83% of Instagram users discover new products and services on Instagram.

Hooper HQ’s list discloses how much Instagram’s top celebrities and influencers are making through the platform. The list shows that the number of an individual’s followers doesn’t necessarily determine how brands value the person’s posts.
According to Hooper HQ, Davido earns $91,100 (N34.7m) per post, he is however second in Africa behind Egyptian and Liverpool footballer, Mohammad Salah, who is ranked 34 with $180,000 per post with his 39 million followers against Davido’s 17.1 million followers.