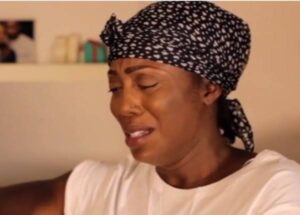 Embattled female musician, Tiwa Savage seems to have been pushed into depression after a s*x tape with her boyfriend leaked on the social media last week.

Tiwa Savage was in the news throughout last week as a result of the tape leak. After the leak, several reactions which were mixed came up. Some people blasted her while many celebrities stood by her.

YOU MAY ALSO LIKE:   PRUDENTIAL ZENITH LIFE DONATES $100,000 USD TO SLUM2SCHOOL TOWARDS FIGHTING EFFECTS OF COVID-19 IN NIGERIA

However, it seems she is yet to get over the whole issue has she spoke about death on her instagram handle.

She explained that she was sad at the passing of her dad and Davido’s aide, Obama but noted that some people will be happy when she is no more.

‘’I was sad at the passing of my dad and 44 but at least they are no longer in this cruel place. Some people will be happy when I am no more’’.