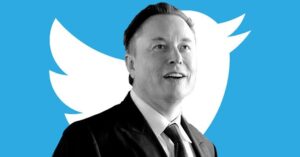 Elon Musk has announced that he will be putting his $44 billion dollar Twitter acquisition deal on hold.

In a tweet on Wednesday, Musk said he took the decision pending when he’s able to confirm Twitter’s claim that spam and fake accounts indeed represent less than 5% of total users of the microblogging platform.

Following the pause, Twitter shares fell by 17.7% to $37.10 in premarket trading, reports Reuters.

This is the lowest price the shares have fallen to since Musk announced that he had purchased a large stake in the company back in April.

This means that the likelihood that the deal will close at the agreed price of $54.20 per share may fall below 50%.

It was reported that Twitter had earlier estimated that fake or spam accounts on the platform represented less than 5% of its monetizable daily active users during the first quarter of 2022, when it recorded 229 million users.

The Tesla CEO has earlier pledged to remove “spam bots” and authenticate all humans on Twitter.

YOU MAY ALSO LIKE:   JUST-IN: Nigeria’s Economy Records Sixth Consecutive Growth As GDP Rises By 3.11% In Q1

Earlier this week, Musk had revealed that when the deal closes, he would reverse Donald Trump’s Twitter ban, calling the decision to ban him in the first place “a morally bad decision”.

“I do think it was not correct to ban Donald Trump. I think that was a mistake. It alienated a large part of the country and did not ultimately result in Donald Trump not having a voice.

YOU MAY ALSO LIKE:   2 Days after hanging out with Elon Musk, Joe Rogan Dave Chapelle Tested Positive to COVID-19

“It was a morally bad decision, to be clear, and foolish in the extreme”, he said.

Trump’s account was ‘permanently suspended’ from the microblogging app since January 2021, after a mob of Trump supporters stormed the United States’ Capitol building on January 6th, due to the ‘risk of inciting further violence’.

THE WHISTLER reported that Twitter agreed to Musk’s offer to acquire the company for $44 billion last month. Musk was excited about the development, saying that he wanted to make Twitter better than ever before by enhancing the product with new features, making the algorithms open source to increase trust, defeating the spambots, and authenticating all humans.

Previous Buhari Approves Withdrawal Of Nigeria Basketball Teams From International Competitions
Next ASUU: Students To Remain At Home As FG’s Meeting With Union Ends In Deadlock