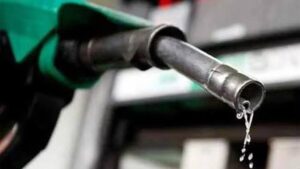 The Muhammadu Buhari-led federal government has again rejected the proposal of State Governors for the total removal of fuel subsidy.
Recall that the Federal Government had first, on May 21, rejected the governors’ recommendation of shooting petrol price up to between ₦380 and ₦ 408.5 per litre and removing fuel subsidy.

The governors’ advice was based on the report of its committee chaired by the Kaduna State Governor, Mallam Nasir El-Rufai, seeking the full deregulation of the oil sector.

Reacting, the Minister of State for Petroleum, Timipre Sylva, had in a statement, said the current petrol price of between ₦162 and ₦165 per litre would stay.

Sylva said the current price would be retained until the ongoing negotiations with the organised labour were concluded.

“The current price of petrol will be retained in the month of June until the ongoing engagement with organised labour is concluded.

“This clarification becomes necessary in the light of recent reports regarding the resolution of the Nigeria Governors’ Forum to increase the pump price of petrol,” he had said.

But oil marketers under the aegis of Petroleum Products Retail Outlets Owners Association of Nigeria, on Friday, asked the federal government to end fuel subsidy in line with the state governors’ recommendation.

The President of PETROAN, Dr Billy Gillis-Harry, said: “When it (fuel subsidy) is stopped, the prices of petroleum products will be determined by market forces and this will create competition and lead to an increase in product availability.”

YOU MAY ALSO LIKE:   Gunmen blocked our school bus with Axe and Gun, Released staff Narrates ordeal

However, the Special Assistant on Media to the Minister of State for Petroleum Resources, Garba-Deen Muhammad insisted that no decision on the adjustment of petrol price would be reached until the ongoing negotiations with the organised labour were concluded.

He told PUNCH that, “The truth is that the key component for us to make the decision is basically for us to have a consensus with labour. So regardless of what the governors or anybody else is saying, labour is the key partner in this project.

“The negotiations with labour officials are ongoing. A decision will not be reached until the negotiations are over. So anybody can say what they want.”

Asked when the negotiations would be concluded, Muhammad said that those not depend solely on the federal government.

“People can make their analyses and arrive at whatever proposals, but at the end of the day, a consensus has to be reached and in that consensus, the labour is a major voice and key partner,” he said