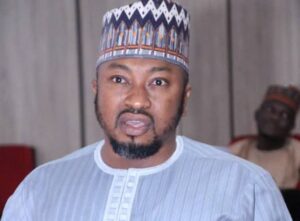 The Deputy Speaker of the Kogi State House of Assembly, Rt. Hon. Ahmed Mohammed has been impeached.
It was gathered that Mohammed who represents Akpa 1 State Constituency was impeached during an emergency sitting held at the State Assembly complex in Lokoja.

Hon. Enema Paul, the member representing Dekina/Okura Constituency made this known in a motion of urgent importance reason the floor of the assembly.

YOU MAY ALSO LIKE:   The Shocking Details In Pandora Papers That Exposed Tinubu, Oyetola UK Mansion Fraud