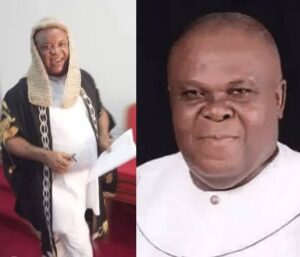 Lawmakers in the Imo State House of Assembly have impeached the Speaker, Paul Emeziem.

The 19 lawmakers out of the total 27 lawmakers signed a letter which was read on the floor of the house.
According to the lawmakers, the Speaker was impeached on allegations of gross misconduct, forgery, abuse of office, and high-handedness.

Meanwhile, the member representing Obowo State constituency Kennedy Ibe has emerged as the new Speaker of the House.

YOU MAY ALSO LIKE:   Unraveling the secret process of ITG's dominance in Home Cinema
Imo speaker impeached 2021-11-08
Oluwasegun Adesuyi
Share

Previous Synagogue church holds first Sunday service months after TB Joshua’s burial
Next WHO DOES THE CAP FIT? A QUESTION THAT WOULD BE ANSWERED AT THE LAGOS FEMALE ENTREPRENEUR AWARDS, LAFE AWARD…