Home / cover / WHO DOES THE CAP FIT? A QUESTION THAT WOULD BE ANSWERED AT THE LAGOS FEMALE ENTREPRENEUR AWARDS, LAFE AWARD…

WHO DOES THE CAP FIT? A QUESTION THAT WOULD BE ANSWERED AT THE LAGOS FEMALE ENTREPRENEUR AWARDS, LAFE AWARD… 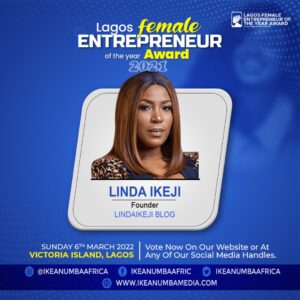 There is no doubt that female entrepreneurs are making waves in and outside Nigeria. In almost every sector and across every profession, women are not only participating, but are taking charge of key positions as well. 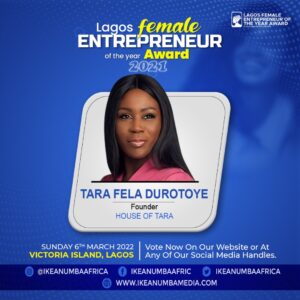 It is on this premise, that Ikeanumba Africa magazine is set to host the first ever Lagos Female Entrepreneur Award, LAFE, in 2022. LAFE is an award event set up to promote and celebrate female entrepreneurs in Lagos, who founded and have succeeded in their various businesses, making them a case study to be emulated by upcoming entrepreneurs.

YOU MAY ALSO LIKE:   Horror in Ikorodu As trailer crushes four  persons to Death 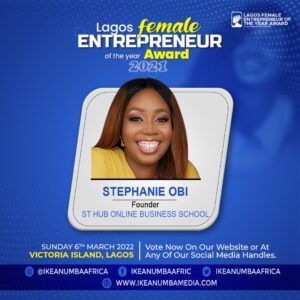 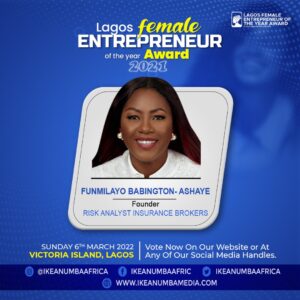 Top female entrepreneurs in Lagos are set to know how much their success stories have impacted their fans and audience, and the entrepreneur with the highest votes will take home the LAFE Award. The Lagos Female Entrepreneur Award, LAFE, will take place in March 2022, at the Glitz Event Center, Lekki, Lagos.

The aim as always, is to encourage entrepreneurship, which is the objective of Ikeanumba Africa Magazine, a magazine that promotes the idea of economic development, through decent afro-capitalism. 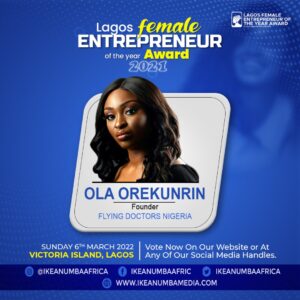 The LAFE Award, will indeed show whom among these 11 female entrepreneurs will emerge as the Female Entrepreneur of the year 2021.

More details about the LAFE Award would be released soon, but you can visit the website, www.ikeanumbamedia.comor the social media handles to vote for your favorite Lagos female entrepreneur. 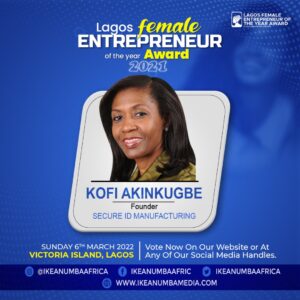