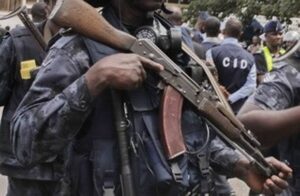 Gunmen suspected to be armed robbers this afternoon(Thursday) attacked a branch of the United Bank for Africa, at Bank Road, Umuahia in Abia State.

According to an eyewitness, an orange seller was shot during the robbery attack at the the bank.

The victim has been rushed to Federal Medical Centre Umuahia.

It was unclear if there were other casualties as at the time of filling this report.

The attack has forced many shops around bank road to close abruptly.

Security personnel have been drafted to the roads leading to the Abia State Government House, which is not too far from the scene of the robbery.