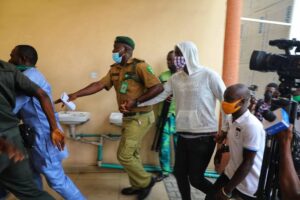 YOU MAY ALSO LIKE:   Ogun Police Releases Names Of 31 Yahoo Boys, Declare War On Them (SEE FULL LIST)

At the time of filing this report, the case has been stood down for a few minutes for the sentencing of the convict.