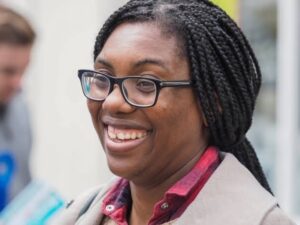 The second round of voting for the next minister of the United Kingdom concluded with British-Nigerian, Kemi Bedenoch, scaling through with 49 votes.

This was disclosed in a tweet by Andrew Stephenson MP, Co-Chairman of the Conservative Party after the committee confirmed the result of the second ballot of the parliamentarians in the leadership contest.

YOU MAY ALSO LIKE:   Police Arrest Serial Killer, Rasheed Okoilu In Osun

Suella Braverman was disqualified for scoring 27.

In the first round on Wednesday, Bedenoch, the country’s ex-minister for Equalities secured 40 votes; with the number adding up on Thursday, her acceptance obviously grew among the voters.

The voting process will continue till September 2, when one out of the two contestants remaining will be declared as UK prime minister on September 5.