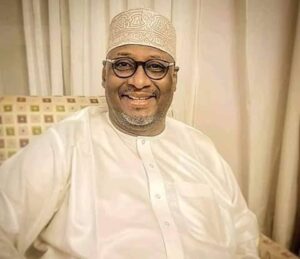 The home of the former Governor of Bauchi State, Adamu Muazu, was invaded by gunmen suspected to be bandits.
Naija News reports that Muazu was a two-term Governor of Bauchi and later became the National Chairman of the Peoples Democratic Party (PDP).

It was learned that the gunmen stormed Muazu’s country home in Tafawa Balewa Local Government Area of the state and killed his nephew, Danladi Mu’azu.

YOU MAY ALSO LIKE:   JUST IN: Nnamdi Kanu To Spend Easter In DSS Detention As Court Adjourns Ruling On Bail Application

According to multiple sources, the bandits killed the former governor’s nephew and abducted the three others during the attack which occurred on Wednesday.

A resident of Boto, Hashimu Abubakar, told the newspaper that the gunmen had not contacted the family to negotiate a ransom for the release of the abductees.

He added that all the phones of the three kidnap victims have been switched off by the kidnappers.

Reacting to the development, the Bauchi State Police Command said efforts are ongoing to rescue the abductees and bring the perpetrators to book.