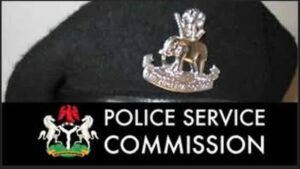 The Joint Union Congress of the Police Service Commission (PSC) chapter has suspended its indefinite strike after 17 days.

The PSC spokesperson, Ikechukwu Ani disclosed this in a statement on Thursday where it officially reacted to the resignation of the former chairperson of the commission, Musiliu Smith.

Ani noted that the union suspended its indefinite strike to allow the new management to look into its demands.

It was earlier reported that the commencement of the strike action purportedly due to the hijack of the commission’s constitutional mandate to manage recruitment exercises into the police force.

The union had accused the PSC’s former management led by Smith of complicity with the police authorities to rid staff members of their constitutional duty to recruit prospective officers.

The Union also accused the erstwhile management of nepotism while stating that the situation is limiting the commission’s growth.

Meanwhile, the PSC acknowledged the resignation of Smith stating that the development was pursuant to Schedule 2(4) sub-section 2(2) of the Police Service Commission Establishment Act 2001.

The statement further confirmed the nomination of Clara Ogunbiyi, a retired Justice of the Supreme Court, as the acting Chairman pending the appointment of a new Chairman by President Muhammadu Buhari.

YOU MAY ALSO LIKE:   Court Clears Jonathan To Contest For 2023 Presidency

In her response, Justice Ogunbiyi expressed her appreciation to her colleagues for the confidence reposed in her and pledged to run an inclusive administration based on the rule of law.

Ogunbiyi who is a Commissioner in the Commission and next in the hierarchy to the former Chairman noted that the commission deserves the best.

YOU MAY ALSO LIKE:   #GiveHerBetaHealth: GTBank Champions Access to Health Insurance for Women on International Women’s Day.

“We will do our best by the grace of God and I believe our best will be good enough,” she said.