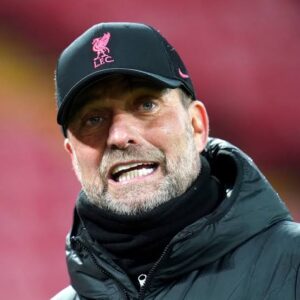 Liverpool manager, Jurgen Klopp, has reacted to the current challenges faced at Chelsea.

The United Kingdom government had on Thursday frozen the assets of Chelsea owner, Roman Abramovich.

The billionaire is one of seven wealthy Russian individuals who had sanctions placed on them by the government on Thursday.

The development has restricted the Blues from selling any ticket or merchandise and also stopping them from offering new contracts to players.

The German professional football manager while addressing the media on Friday, insisted no employee at Stamford Bridge is to blame.

Klopp has now agreed with the decision taken by the government.

He said: “I feel for him (Chelsea boss Thomas Tuchel) and the players. It’s not a situation all the employees at Chelsea are responsible for.

YOU MAY ALSO LIKE:   2023 Presidency: Atiku Reacts As Tinubu Wins APC Ticket

“One man is and that’s Putin. I don’t know about Roman Abramovich’s role in all this, but you can say he is close. I think what the Government did is right.”